Depression is a sense of suffering and hopelessness. It feels like nothing will help, and nothing will ever change…

That is what depression does to your thinking. It makes you feel and doubt that you can never feel happy again.

It makes everything in life seem as though looking through grey-tinted glasses while taking all pleasure out of those things you used to enjoy.  It destroys hope and energy.

Depression is a parasite. It feeds off of every area of your life.

Depression in the United States has increased over 1000 percent since the end of World War II. It has grown to the point where every person is affected by depression in some way, if not personally experiencing it then through an acquaintance. As technology is ever expanding, people become more distant and whereas someone may have hundreds of “digital friends”, they find themselves more alone than ever before.

The fact that we are constantly bombarded with the mass media pumping us full of bad news creates a feeling that our future may be unsecure and threatened. Add the underlying tone where the message of the media also wants to destroy our belief systems and attack basic religious and moral values, where is a person to turn to find comfort and assurance?

The symptoms of depression not only cause a person to feel bad emotionally, but can create a sense of physical pain as well. The overall condition placing one in the position of just trying to endure lift without any real sense of joy or peace. Though a person in depression may feel and seem to feel nothing emotionally, the underlying emotional burden is both great and widespread throughout an individual’s life. 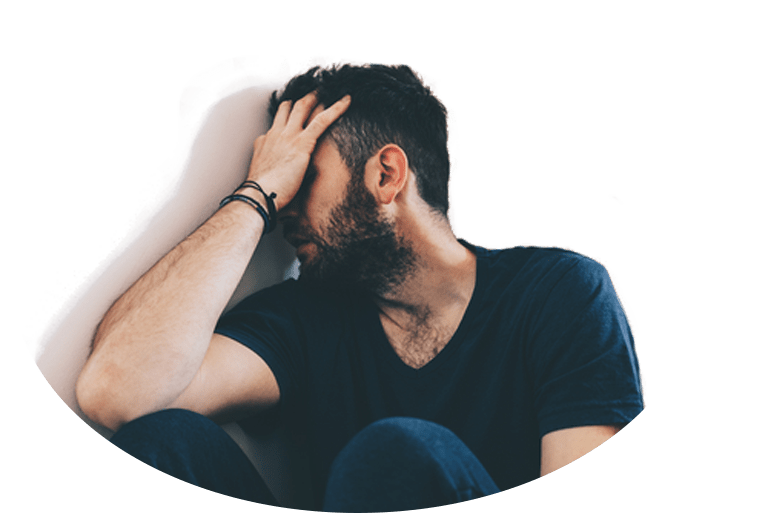 The convoluted emotional load of a person in depression is all from a self-defeating mentality.

Is depression a chemical imbalance or a product of inherited DNA?

We think absolutely not!

It has, however, become a chemical solution. The dispersion of antidepressant has grown more than any other drug in history. The resulting problem is another kind of addiction. Mainly because the antidepressants do not correct or cure the issue, they just numb the mind and body.

By gaining an understanding of the workings of depression; the ways “it” has to function to preserve itself, then you will start to gain power over darkness and hope starts to grow again.

My training has been with a focused approach for the treatment of depression with a methodology that is centered on getting rapid relief as quickly as possible.

The initial step we will do together is to ensure you have an understanding of why you are feeling this way. We will discover the areas of your life that create levels of stress, which builds not only the mental but the physical exhaustion.

Then we will quickly work to help you feel better through doing techniques of deep relaxation with you. This prepares your brain to learn, because depression, as you have noticed, makes it seem impossible to pay attention and retain information.

After that first session, my goal is that you feel better than you have in a long time.

Depression may not be displaced with one visit.  Consider the time spent in life developing the overall emotions associated with depression.  But…. the swift and accelerated removal of its sysmptoms and presence is nothing short of amazing.

In the following sessions, we will work together to:

Depression may have made you feel hopeless.

Or click here and go to our appointment page where you can schedule your own appointments and times.

We look forward to working with you.